The Rattling Wind is a brand new RuneQuest: Roleplaying in Glorantha adventure by Helena Nash, suitable for four-to-six new or moderately experienced adventurers.
It is a preview chapter from The Pegasus Plateau & Other Stories, a forthcoming adventures anthology. 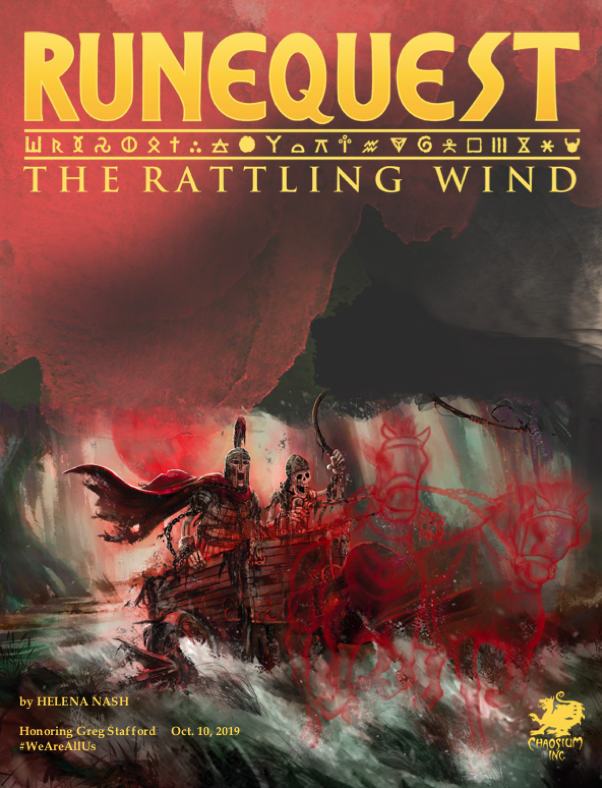 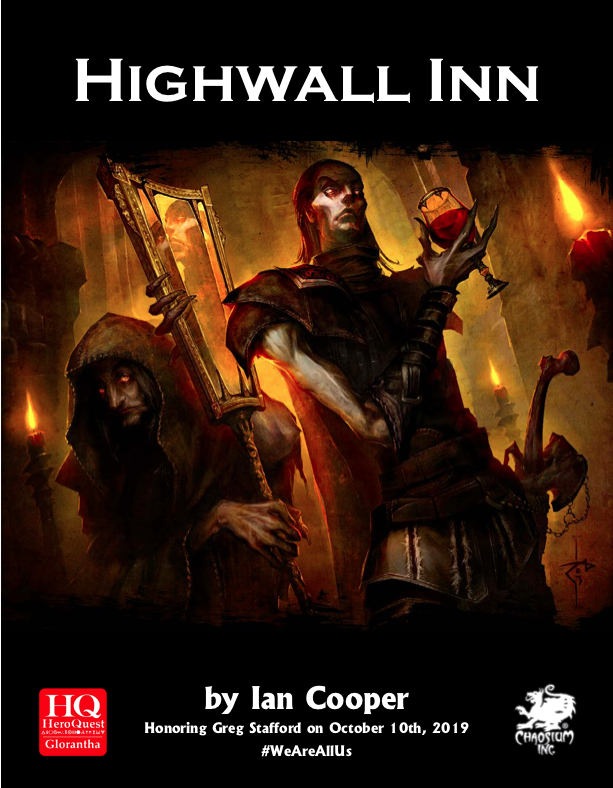 
This game is a spiritual successor to the 2000 classic, King of Dragon Pass, where you played as a sort of Celt-Italo-Greek-Nordic-Vedic mixed tribe in a eponymous pass with all sorts of beastfolk and magical beings you can interact with, and the game culminates with the founding of a tribe, and in the long game, a kingdom uniting everyone in the valley in a marriage ceremony.

Now, this game is largely the same in style, but has the player's tribe take the role of a Scythian/slightly Sioux people who migrate into a valley after their quasi-Mesopotamian homeland is crushed under a huge glacier.

This game also ends with a marriage, although you can fail and see someone else succeed instead! In the valley you find your cousins, also, charioteers instead of semi-nomadic horse riders, and eventually the Rams, who are predecessors of the player people in King of Dragon Pass, although they have not tamed the horse yet.

In the valley, everything is alive and *divine* - the river whose banks you settle on, the ravens that circle around a tree in your land, every animal you kill, and especially your horses.

Before doing anything of even moderate importance, it is normal to sacrifice to the god of this or that to gain their favor so to guarantee success.

Opposed to King of Dragon Pass, this game really nails the living world full of gods and magic much better.

Since there are spirits you can befriend and use, it adds another layer of gameplay to boot.

The game is a bit shorter than a long KoDP game, but this is remedied by much replayability.

The starting bonuses when you create your clan lend to a greater variation of playstyles than in KoDP, where most of the choices you could make for your clan's history simply affected your starting deity or how your ancestors would react in a certain situation.

The ancestors are still here, of course, but now you can start with long-forgotten arts like how to scribble on a piece of paper and interpret it, or your clan can be already well-known for its diplomacy or martial might.

There's also a few events, including a religious schism, that can even affect the ending depending on how you play it out.

I don't really want to spoil too much and I'm afraid my review isn't much in the way of a gameplay overview, but it's really good.

You can be anything from a peaceful earth-goddess worshipping clan, or a slave-mongering horde whose cruelty would put Genghis Khan to shame.


Certainly, if you’ve played King of Dragon Pass, nothing here will sound all that unfamiliar. And it’s not. There are changes here, streamlined things there, and you can tell this was designed for mobile first in a way the previous game wasn’t, but all of the broad strokes and quite a few of the finer ones are the same.

It’s basically a new scenario, literally hundreds of new events, and a few small refinements. If you loved the first game, you’re going to love this one, too. If you bounced off the first game, you probably won’t fare any better with Six Ages. That said, I do feel like the tutorial is a little better at explaining the mechanics in this game, so you’re not thrown totally in the deep end if you don’t know what you’re doing.