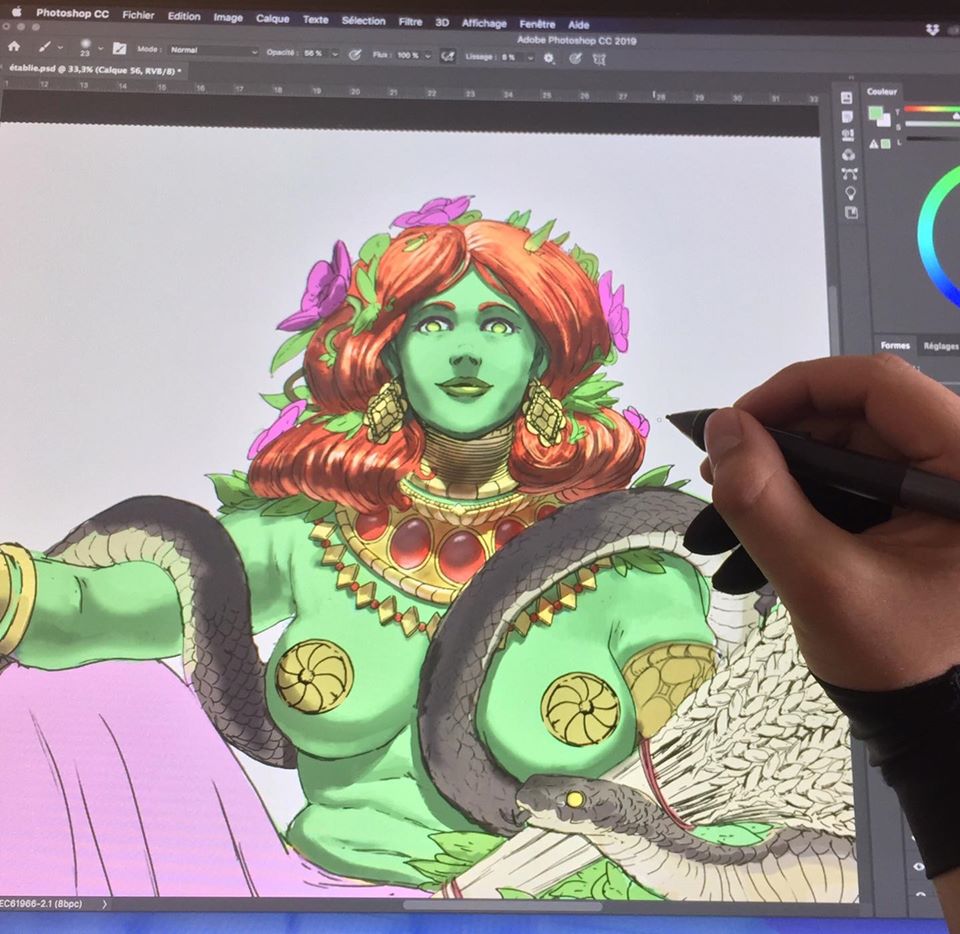 
The Proof Copy of The Dregs of Clearwine has been ordered, and in celebration, here is the back cover for you all. This is what you're getting, with one notable addition:

There is also a free demo adventure, which is a separate PDF and included as the final two pages of the book. We have a *very* special ghost for you, and several people in need of help, all put together from the detailed NPC relationships. 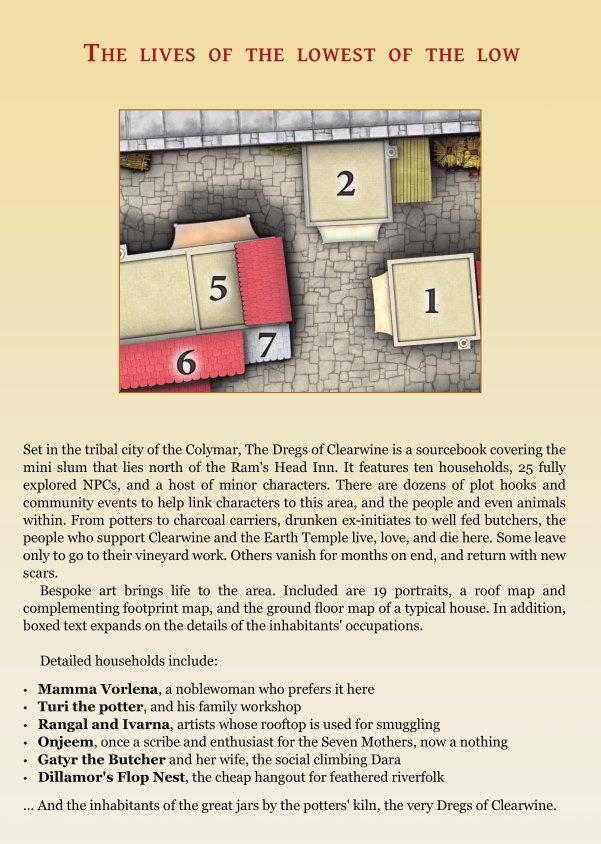 
FREE UPGRADE
We are proud to announce Sandheart Volume One (Electrum Best Seller) is currently being re-mastered and should be available in a couple of months. The new edition will be completely FREE to anyone who has already purchased Sandheart Volume One on DriveThruRPG. 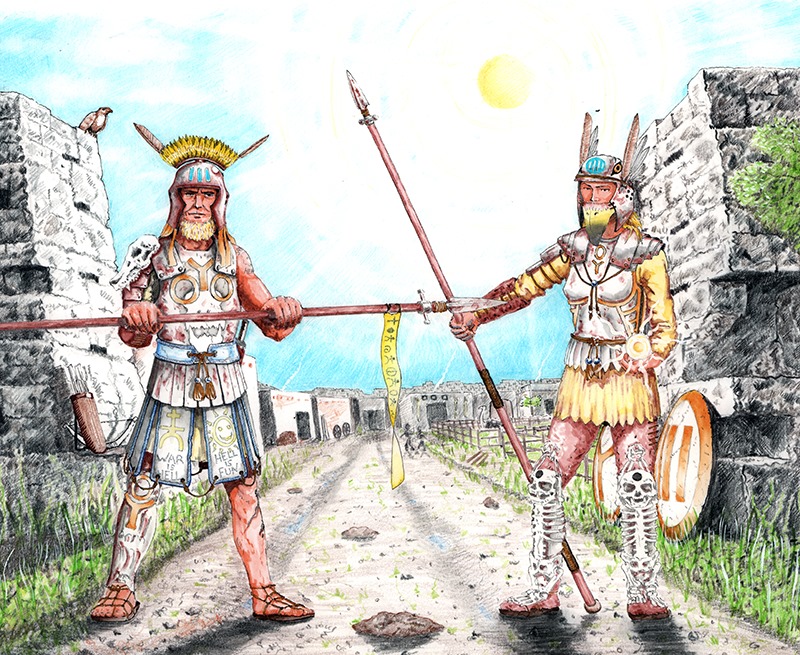 
I'm thinking about putting together a supplemental pdf for the Red Deer saga - after my Kralorela pdf is released.
The 3 parts:
https://www.drivethrurpg.com/product/30 ... -Deer-Saga
https://www.drivethrurpg.com/product/31 ... -Deer-Saga
https://www.drivethrurpg.com/product/31 ... -Deer-Saga
So I'm looking for articles, personalities, history, sub cults/cults (non-core), rules, short scenarios to add into the Namoldin saga.
If the Red Deer saga makes it to the lofty height of electrum sales (250 ex), I'll hopefully be including all three PDFs + supplimental material in a single POD (Most of the Donkey work for the content is done though, I may get an editor on board - but I really want to keep costs and sale price on the book to a miniumum... as the page count is going to be high). 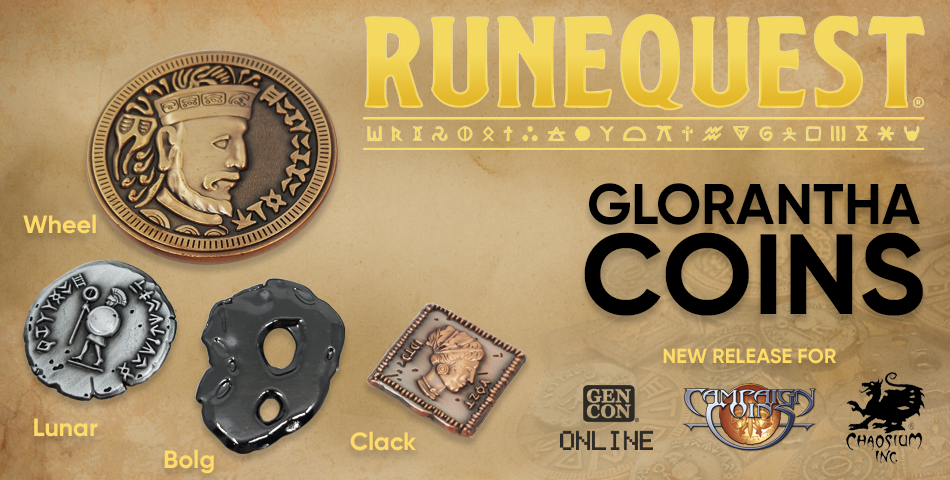 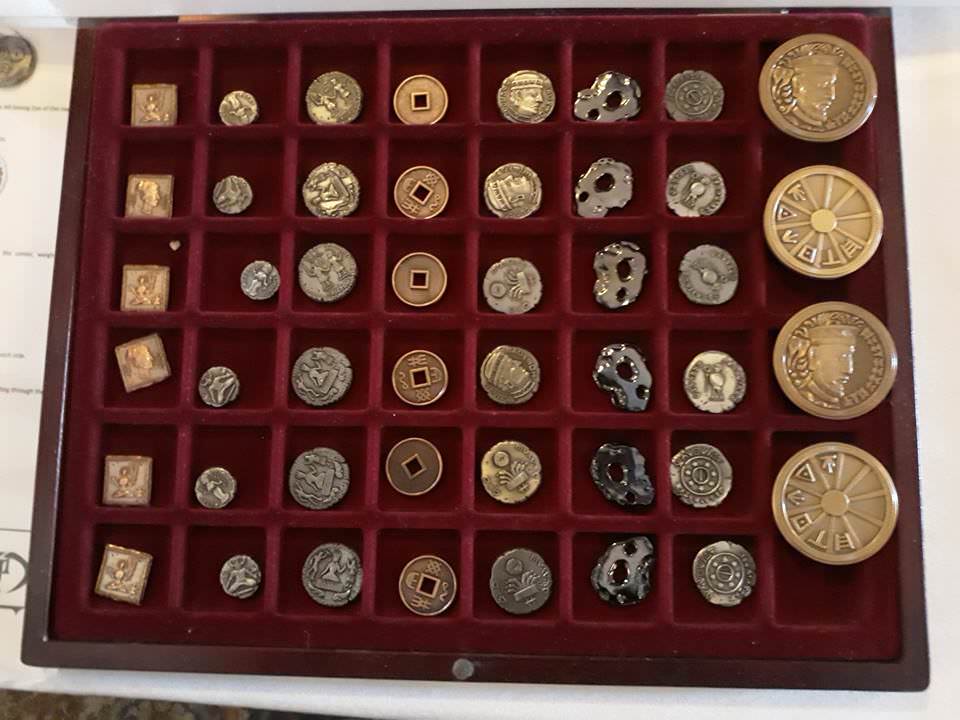 
A sneak preview about Argrath's Thanes

Including any player characters, Argrath has 15 thanes, many of whom who have claims on par of the Rubble. On average, each thane has 20-50 followers, although a few have more and a few have less. Not all of the thanes have charters - some like Sir Narib, Ostalina, and Tosti Rune-Friend, can be found anywhere.

I call them thanes, but actually the Praxians call them khans, and the Sartarites call a few of them "chief". And others call them just "lord" or "sir".

La suite ici:
https://www.facebook.com/groups/RuneQue ... 420455550/
+
Hope this gives an idea about what the collection of bush priests, shamans, and crazed mystics Argrath has gathered about him. 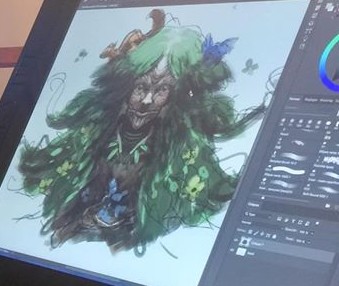 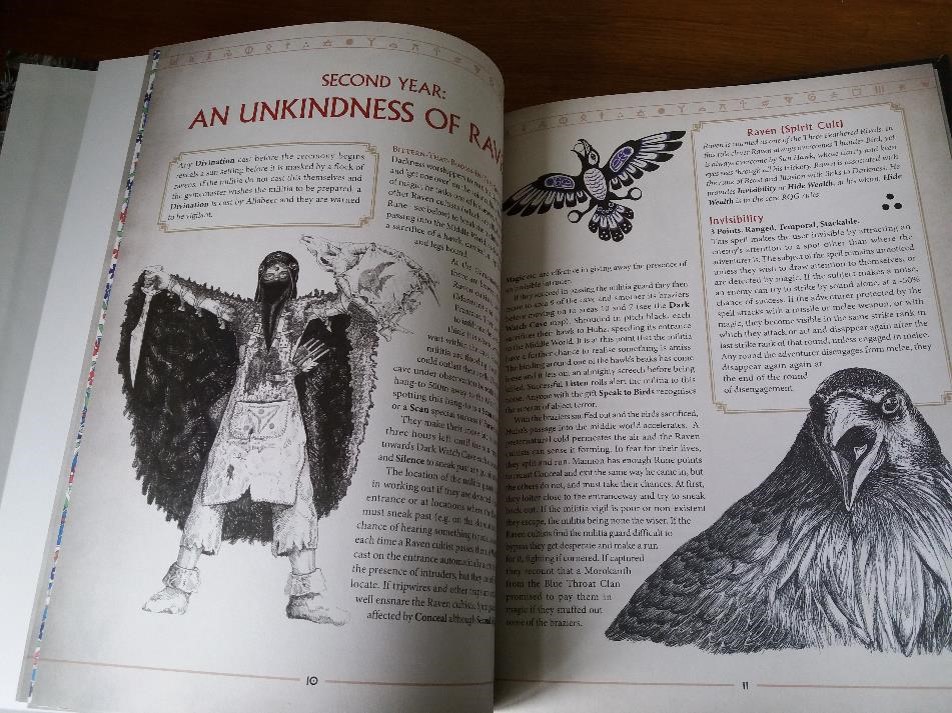 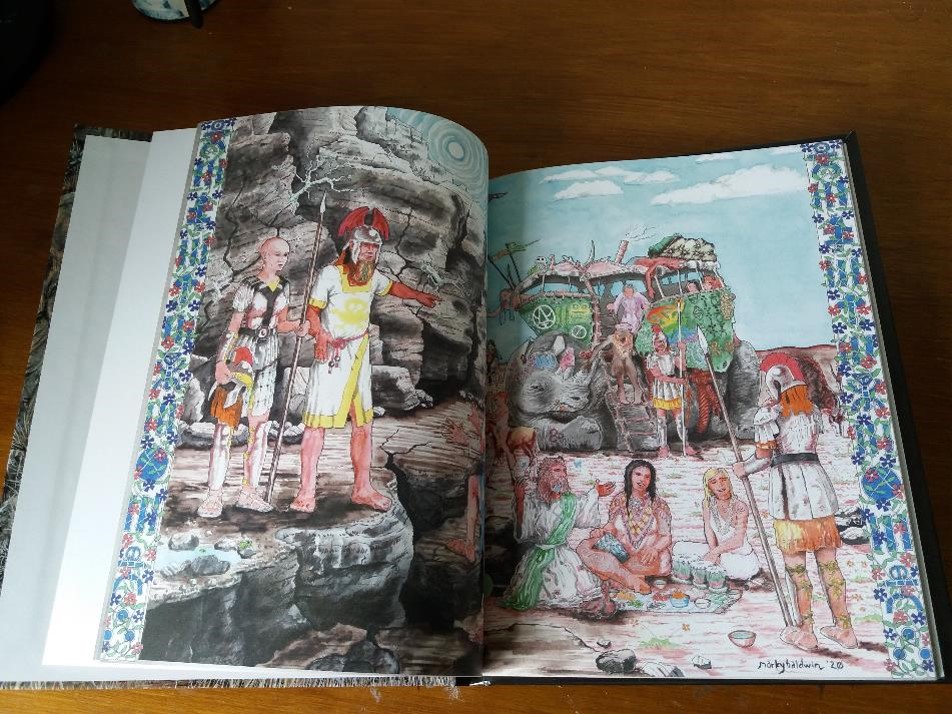 
Planned to be even longer than Six Seasons, at about 160 to 180 pages, The Company of the Dragon will include:

5 complete scenarios taking place over as many years, including a daring raid to rescue prisoners condemned to feed the Crimson Bat, the Battle of Auroch Hills, and a terrifying mission into a condemned dragonewt citadel in order to help Kallyr of Kheldon drive out the Lunar Empire once and for all.

A extensive look at Initiation in its various forms and degrees, including initiation into cults or war bands, Rune Lord status, or the Rune Priesthood.

An essay on Draconic Consciousness, the dragonewts, and the mysteries of the Empire of Wyrm's Friends.

Two dozen "episodes," mini-scenarios and side quests centered around life as a rebel. These include raiding caravans, espionage missions, attacking supply lines, taking and liberating hostages, and diplomatic assignments to gain support for your cause. While tailored for this campaign, they could easily be adapted to any other Gloranthan saga, especially those focused on rebellion and banditry.


Set in the tribal city of the Colymar, The Dregs of Clearwine is a sourcebook covering the mini slum that lies north of the Ram's Head Inn.
It features ten households, 25 fully explored NPCs with stats for RQG, and a host of minor characters.
There are dozens of plot hooks and community events to help link characters to this area, and the people and even animals within.
From potters to charcoal carriers, drunken ex-initiates to well fed butchers, the people who support Clearwine and the Earth Temple live, love, and die here.
Some leave only to go to their vineyard work. Others vanish for months on end, and return with new scars.

Bespoke art brings life to the area.
Included are 19 portraits, a roof map and complementing footprint map, and the ground floor map of a typical house.
In addition, boxed text expands on the details of the inhabitants' occupations.

Detailed households:
• Mamma Vorlena, a noblewoman who prefers it here
• Turi the potter, and his family workshop
• Rangal and Ivarna, artists whose rooftop is used for smuggling
• Onjeem, once a scribe and enthusiast for the Seven Mothers, now a nothing
• Gatyr the Butcher and her wife, the social climbing Dara
• Dillamor's Flop Nest, the cheap hangout for feathered riverfolk

... And the inhabitants of the great jars by the potters' kiln, the very Dregs of Clearwine.

The PoD book contains a demo adventure, written from hints and plot hooks in the main text. The PDF version has this demo as a separate file, to help avoid spoilers. Love, hatred, and a very special ghost appear in a complete 2-page scenario. 
Gnatflight, with Dan McCluskey:
We are Uz.
The Gloranthan people of Darkness.
First Born and best loved of the Mother.
As one, we relive the ancient and timeless secrets of the Clan.
Separately, we embody the pain of our flawed existence here in Komor, the Hurt-place.
Together we strive and compete to please the mothers and feed the tribe.
Preview all-new material from the upcoming RuneQuest Glorantha Troll Pack.
Create a unique troll clan and characters steeped in its ancient and dark culture.
Then have them dress up as insects and dance/fight/eat their way to glory at the annual Gnat-Flight Festival.


Art and maps are coming in (most is already complete), final edits are being made, and layout begins soon. 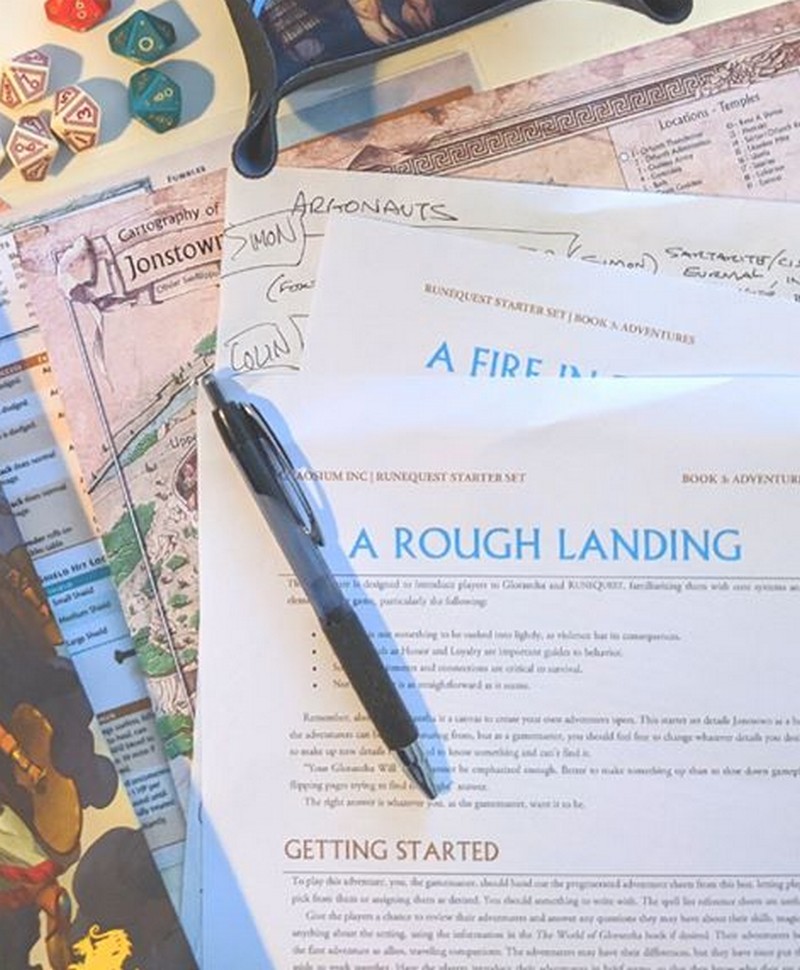 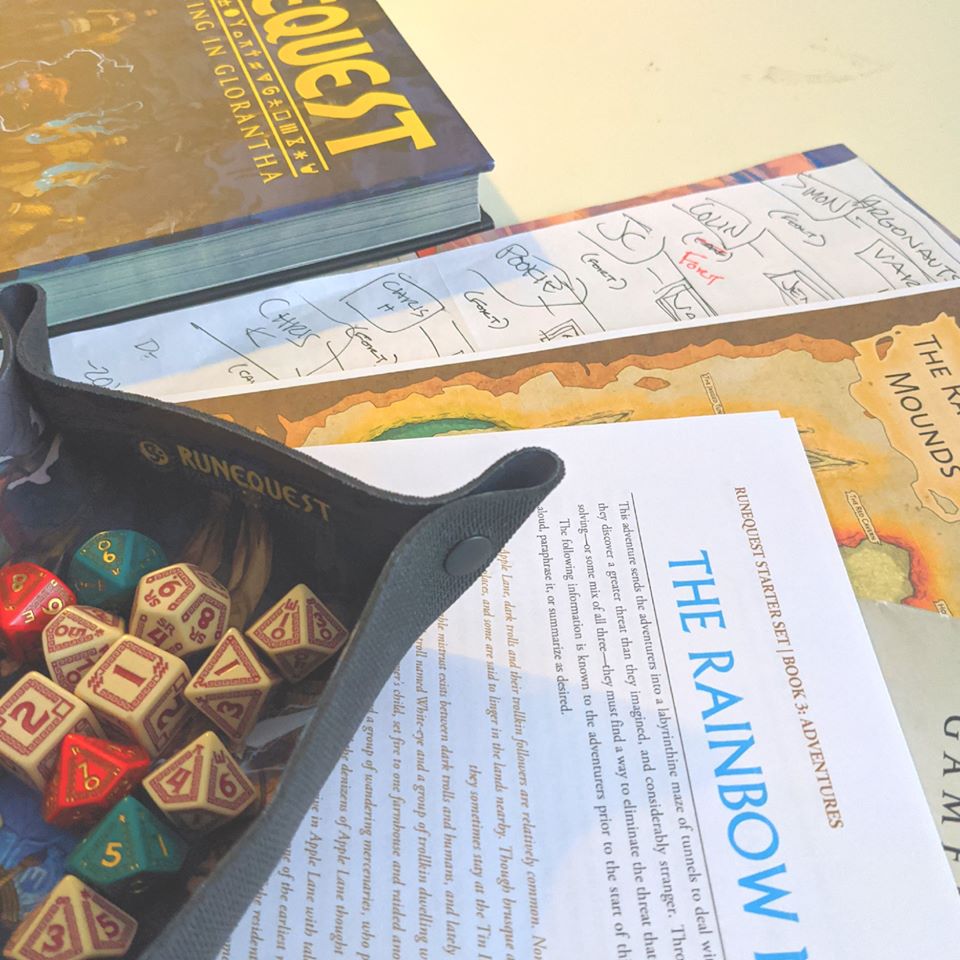 
The Jonstown Library has a collection of approximately 10,000 scrolls, gathered from across the world. A scroll typically consists of numerous sheets of parchment sewed together—this can be quite long, as a scroll can be 40–75 meters (44–83 yards) long when full unrolled. An individual scroll may consist of many unrelated chapters sewed together. A scholar needs to know the contents of a scroll in order to know that the scroll List of Animal Gods (named after the title of the first chapter) also includes several chapters on the history of the Shadowlands and that collection of recipes from Nochet.


The cult of Lhankor Mhy is responsible for teaching and training scribes. The princes of Sartar have traditionally been patrons of the cult, and literacy is surprisingly widespread, with libraries in each of Sartar’s cities and in some towns and temples. Despite all that, only about 10 or 15 percent of the population can read and write. Writing is mostly in the Theyalan scripts, the same syllabary used for Esrolian and Tarshite (but not New Pelorian); as a result, literate Sartarites can read Esrolian and Tarshite texts as easily as they can their own.

Thanks to the scribes of the Lhankor Mhy cult, there are thousands of different texts. The most common genres are annals, chronicles, mythological and historical epics, lyric poems, liturgical texts, wisdom and didactic literature, laws, historiography, and humorous literature. Private and official correspondence are also written by scribes.


Dolorous Edd is a new bestiary entry which describes an odd creature for use in your game of RuneQuest: Roleplaying in Glorantha—a giant beast ruled by inscrutable instincts.

Included in this supplement are:
. A description of Dolorous Edd's appearance, behavior, and abilities
. A collection of rumors and scenario seeds to help introduce him to your Glorantha
. How adventurers may establish a spirit cult honoring this creature
. Several folktales illustrating Dolorous Edd's behavior, and what Gloranthans of the Dragon Pass region believe about him 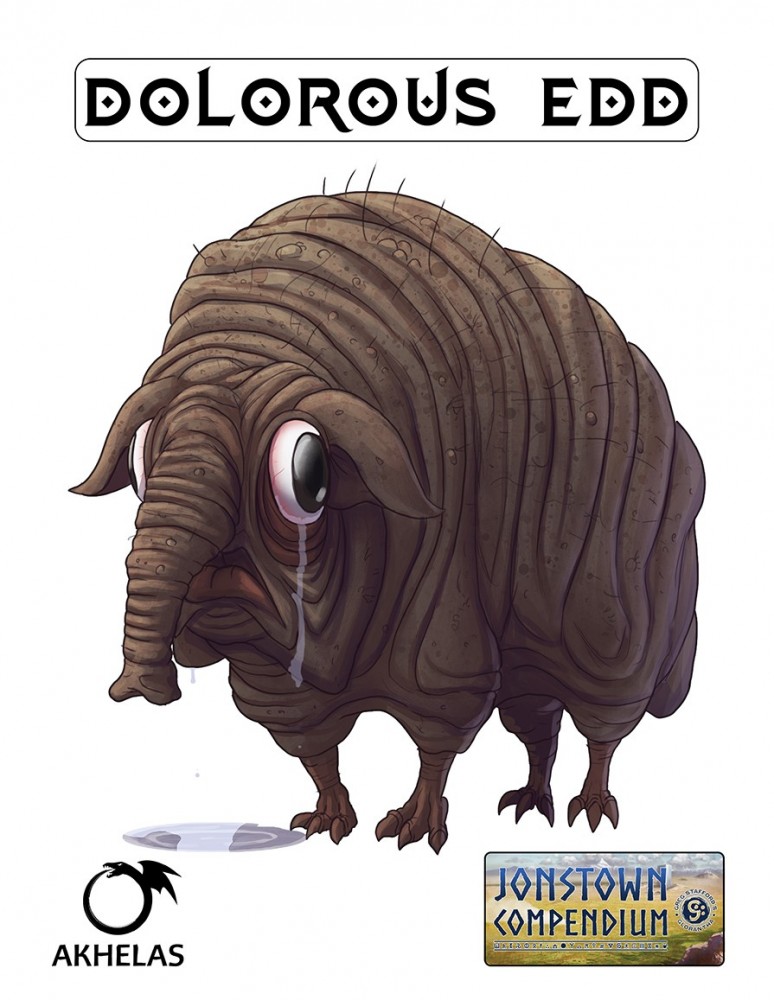 
Originally conceived as “Your Glorantha May Vary”, this collection of locations demonstrates the versatility of the setting, putting that phrase to work by showing new and veteran gamemasters alike how to customize and make the world of Glorantha their own.

The Dragon’s Eye gives gamemasters more possibilities than they can possibly use. For each location, the book details multiple ways to interpret it and use it in a campaign. Adventure hooks and engaging nonplayer characters get the adventurers involved in the action. From homely villages to the mind-bending limits of mortal reality, the adventurers encounter everything that Glorantha has to offer, expanding upon locations such as the Dragon’s Eye, the Wasp Nest, Wilmskirk, Old Wind Temple, and many more.

The Dragon's Eye is being written by renowned game designer Jonathan Tweet. For decades, Jonathan’s roleplaying designs have shown players and gamemasters how to get more personality, drama, and action into their games. His design work includes Ars Magica, Everway, Dungeons & Dragons 3rd Ed, and 13th Age.


Jonathan has gotten to play around with a lot of unpublished materials I’ve put together for many locations. I am really excited by what I have seen he has done with it! 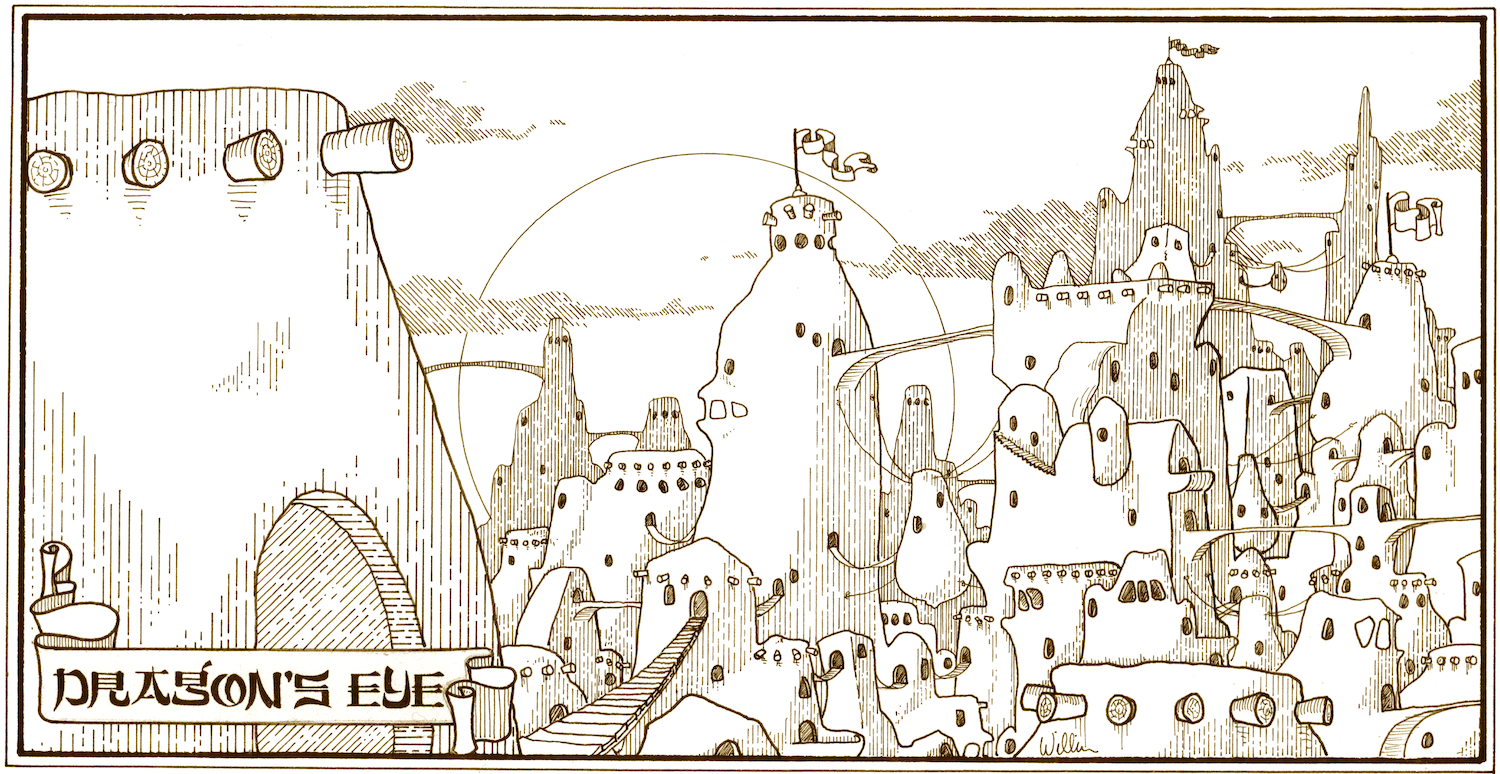 
Land in Orlanthi culture belongs to the clan or the city.
You are loaned it, and repay that loan in the form of produce that is then distributed according to need in the clan/city.

The Orlanthi are not feudal or capitalist.

I can recall conversations with Greg and Jeff, particularly about the ownership of land in cities, where Greg was very keen to call this out - in cities you don't own the land your house sits on - the city does.
This communal not capitalist ownership of property was something Greg was keen on challenging expectations with.

Some land is ceded to temples, and the Empire took some as well by the way.

But I do wonder if most people read Pavis where it said that only a citizen could own a house, but got fed from the cities food stores and not realize what it was pointing to.
Citizenship is membership of the city 'clan' and the mayor the chieftain.
The city gives you land to use for commerce etc. and you return wealth to the city from that (rent effectively), and keep some surplus.
But you don't own the land and the mayor could kick you out.

The city has the structure of a clan - membership indeed rights and obligations- and a ring led by a mayor governs.
It is a modification of the same pattern.

New Pavis is of course and Sartarite colony, as such it’s hardly surprising that it folllows the same pattern.

And sure, as mentioned land is ceded to temples etc. It’s not quite the same.

But folks in a city are ‘citizens’ and that has actual meaning over ‘wherever I lay my hat...’

This comes from the Pavis supplements, discussion when I was working on the Jonstown material in S:KoH, discussions on the gazetteer, so I know it’s intended.