WHAT HAPPENS IN SACRED TIME?

Throughout all Glorantha, the Rebirth ceremonies of Sacred Time are of the utmost importance. During the two-week long ceremony, all god-worshiping people act out their sacred myths of death and rebirth. Every cult, every culture, every species has an important role to play in preserving the cosmos. Across the whole world, everyone summons their gods and spirits, and the physical plane trembles with their presence. Even the cynicism of the God Learners never tainted these critically important rites.

Ever since the first Dawn, people have gathered regularly at the end of the year so that the cosmos can be reborn. They celebrate the good and the bad, the living and the dead, the actions of the gods and the heroes so that everyone contributes to the rebirth of the world once again. This is the time of celebration, of ceremony, and of difficulty and of sacrifice.

The fourteen days of Sacred Time are set outside of Time. Normal activity ceases. Extraordinary activity supersedes everyday desires. The realms of mortal and gods merge, and through the consecrated actions of mortals the world is renewed and reborn. The holy actions of mortals rejuvenate the gods.

On the first day, a sacred area is delineated, a circle within which the worlds come together and become one. For the next three days, all of the deities known - even enemies - are called in to witness and help, and to receive honor and sacrifice. Animals appropriate to the gods are sacrificed and their blood is sprinkled on the people and their homes, upon their tools of work and of war, to bring power to them; then the rest is poured into sacred pits to feed the goddesses and gods of the dead, and the ancestors who are there so that they too may come out for the celebrations and dance and pray. Finally on the end of the third day, the followers of Humakt cut themselves and offer their own blood to the God of War and Death, and then most of them afterwards go and take up positions of defense, to watch for any enemies who may try to slip into the rites to foul them. They strengthen the perimeter and cut it off from the outside world, and afterwards any participant who crosses outside that line will see and feel the difference between the ordinary world and the sacred world.

On the fourth day, the Seven Lightbringers are honored. These seven are the saviors of the world. All seven deities come together and are worshipped. At the height of the ceremony, the seven depart on the Lightbringers Quest in a tearful and dreadful ceremony. It is a day of mourning and fear. The seven participate in secret and dangerous rites until they return a week later.

On the fifth day the worshippers must call upon other gods and spirits – even some normally hostile - to help them survive.
The sixth day is dedicated to Issaries, the god of communication who bears the power of the sacrifices and worship to the other world to the gods.

On the seventh day, everyone except the seven involved in the Lightbringers Quest gathers together. The boldest re-enact the battle of I Fight We Won, and face the armies of Chaos alone, but together they defeat the Devil. Everyone is tested by these rituals, and this is the most dangerous part of the ceremony. Real Chaos creatures are faced, and it is not unknown for people to be killed during the rites.

The next day, Chalana Arroy is worshiped without violence or animal sacrifice. Those injured the previous day are healed and those killed are revived.

On the eleventh day, the Seven Lightbringers must return from the Underworld with Ernalda. It is a day of great joy and celebration. The gods and goddesses awaken to join the celebration and share in a great feast in celebration of the Lightbringers. Time begins, Chaos recedes, and the world is healed.

The next two days are dedicated to the reunion of the gods and goddesses of Life, when the bodies of the world are reinhabited by their immortal parts. The celebrations are relaxed, save for those who are devoted to the deities who act during them. Most people visit the rites for at least a short while, but also go to visit their friends and give small gifts and share food and drink.

The last day is sacred to Lhankor Mhy, the sage and seer, and during the night the dedicated worshippers meet in secret, then on the next day they look to the sun and prophecy for the community, and for whomever brings to them a gift appropriate to their station. Then, as night approaches, the community is led by the united priests and priestesses in a dance and many songs, to close the sacred time, and bring the world back to normalcy. When the sun sets, the rites are officially over. The Humakti guarding the perimeter cut down the barrier, and the power of fourteen days of celebration, worship, fear and love are released to the world.

The next day is the Spring Equinox, the first day of the Sea Season, when the life of the world can be seen everywhere. 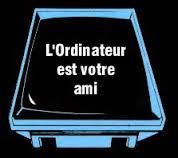 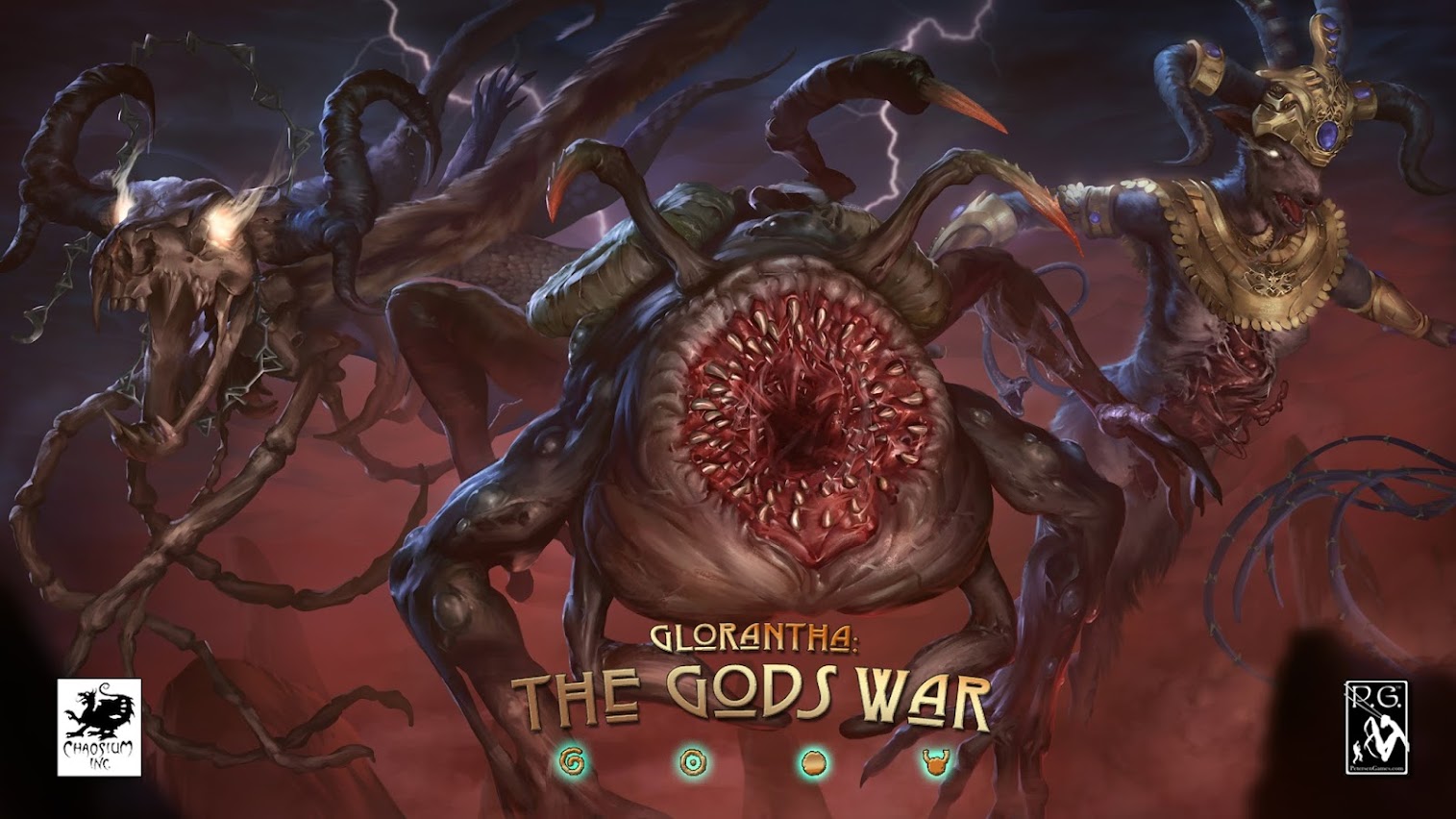 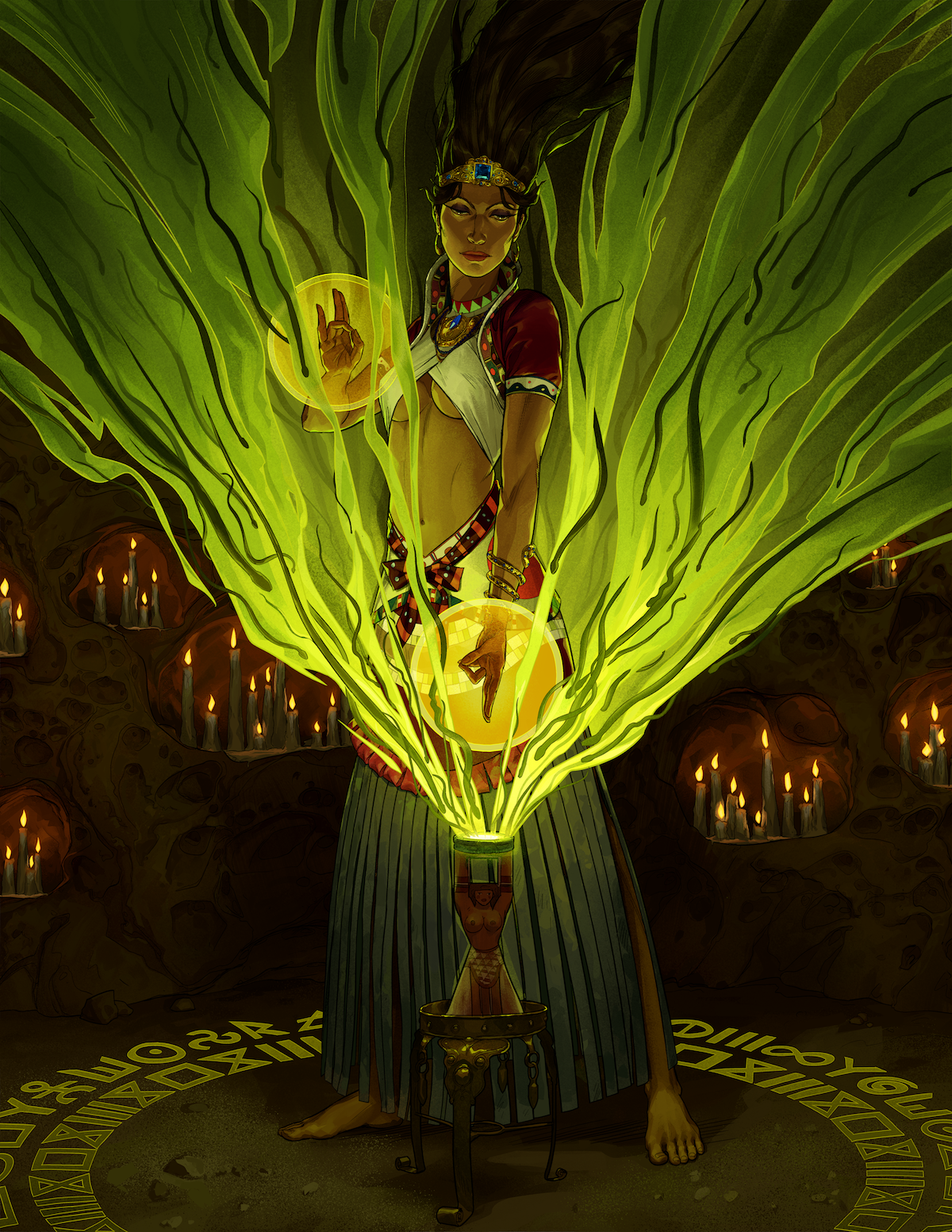