Pegasus Plateau is in layout.
Gods of Glorantha is in final editing and art commissioning.
The RQ Starter Set is written and going through editing.
The GM book is still being written.
Numerous other scenario and sourcebooks are still in the writing phase.
Specific ETAs not given because we don't have them yet, although the Pegasus Plateau might be done with layout around the end of March.


Sir Ethilrist was the descendant of a long line of mercenary captains in Ralios. After a series of defeats, he led his Troop across the great mountains, through the Syndics Ban,. To avoid the Ban, he led his troop through Hell. When they left Ralios they were the White Horse Troop. When they emerged on the western borders of the Lunar Empire they were the Black Horse Troop, and Ethilrist was a Hero.

And yet. Ethilrist's followers worship Hrestol as a god and Ethilrist as demigod. And somehow gain Rune magic from Hrestol (!). And the magic includes such strange things as Shield, Darksword and Control Demon (and I've seen rumours of Command Chaos!). And yet, Ethilrist is known to offer worship to the Invisible God, and trains a few sorcerers to serve him.

Some think there are deeper secrets known only to the inner circles of the cult. That Ethilrist worships the Eternal Hero, or even the Anti-Hero or the Hero's Shadow. Others claim he is a secret Arkat and that his cult is an Arkati fraud. Ethrilist knows the Red Emperor well (and personally dislikes him, although often serves him), many of the Feathered Horse Queens, and many others. He has likely long since transcended anything resembling Malkionism, but it is known that his runes are Man, Mastery, and Darkness. However, the Troop as a whole is commonly identified with Darkness and Harmony.


Used sources:
I am working off a variety of sources, including an unpublished RQ writeup of the Black Horse Troop that Greg wrote around 1981 or so. Also off Greg's unpublished notes on Black Horse County, notes from the unpublished Armies and Enemies, plus stray notes from WBRM and the Hungry Jack story from RQ Companion.

But also fed through the heroquesting documents I recently prepared for Chris Klug, and the fact that I just spent the last year putting together the long version of about 100 Gloranthan cults and finished the new Prosopaedia. So I am in a really good creative space for Gloranthan mythology and cults right now.

So maybe about 25% published sources, 50% unpublished WiP documents, and 25% me having good brain waves and unexpected insights.


I'm undecided about Darksword. Here's what I know:

Ethilrist gained this ability during the reavings of Hell, when he led the troop into chaos. The weapon (it can be any hand-wielded pointed or edge weapon) will turn black and anyone wounded with it will be attacked as if:

Jeff's NOTE: either this is a 1 point spell where anyone wounded with it will be attacked as if by a Shade with a POW equal to the current POW of the caster,

OR this is 5 point spell like Fang of Wachaza.


Most interesting to me is the worship of Hrestol as THE Hero. And you know, he really is. Imagine worshiping Campbell's Hero of Thousand Masks as a cult, with Hrestol as the perfect incarnation of that archetype.

Ethilrist's Free INT is going to be the big limitation on what he can do with all that magic. Either he casts numerous blessings on his commanders and senior troopers, or he has figured out how to use his presence in the Divine World to make more substantive changes in the mundane world.

Or he embraces the magical possibilities of BOTH.


It is worth keeping in mind that the Black Horse Troop ideally consists of five 500-man heavily cavalry units, and the 2000-odd Foot Auxiliaries. The Black Horse Troop hire themselves out at the highest mercenary rate, which enables them to equip themselves, and to purchase supplemental food from the Grazelands and Tarsh. And of course, their employer is required to keep them fed.

Black Horse County is best thought of as a mercenary company that manages to have a remote base of operations rather than a sensible polity.

Much like Voltaire's bon mot about Prussia: “Where some states have an army, the Prussian Army has a state.”

Might also be like some of the Greek mercenary companies that were settled in Bactria (Afghanistan and Uzbekistan).


Q: What was Greg’s inspiration to create Sir Ethilrist?

A: If I recall it was an excuse for the Doom Run in White Bear and Red Moon. Which you got to admit is pretty cool.

Note: The "Doom Run" happens when Sir Ethilrist unleashes the Hound - it runs in a straight line to the edge of the game board, eliminating everything it hits along the way, unless there's a Hero in its path who can take it down.


Q: I'm surprised that a mercenary troop with vicious demon horses has Harmony as a Rune. Can you expand on that?

A: The Troop itself exists in harmony with Hell.


The core of Ethilrist's cult consists of the Troop itself, ideally consisting of five 500-man heavy cavalry units, and the 2000-odd Foot Auxiliaries.
The support forces make up the rest of the Cult and include the farmers who keep Sir Ethilrist’s stronghold of Muse Roost supplied with essentials.
Most of the support personnel tend to be Lay Members of the Ethilrist Cult of the Black Horse Troop, and Initiates and higher of other, usually Earth-based, Cults.
The most common is Ernalda, the Earth Mother.

Q: The support forces are basically the same culturally as the vendref?

Each regiment of the Troop ideally has 500 Heavy Cavalry Initiates, armored in bronze or iron (depending on status) mail, each riding a demonic black horse.
The size of the Black Horse Troop is of course limited by the number of black horses Ethilrist brought out of Hell. 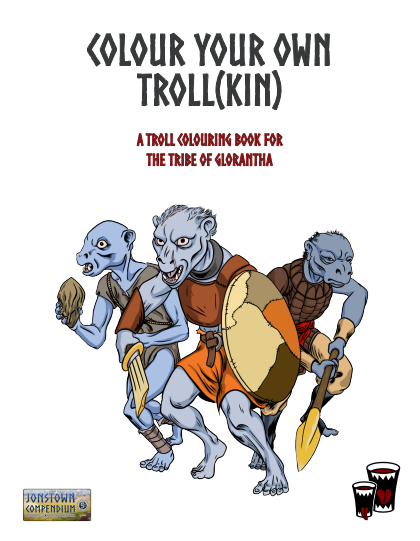 
Pegasus Plateau is in layout.
Gods of Glorantha is in final editing and art commissioning.
The RQ Starter Set is written and going through editing.
The GM book is still being written.
Numerous other scenario and sourcebooks are still in the writing phase.
Specific ETAs not given because we don't have them yet, although the Pegasus Plateau might be done with layout around the end of March. 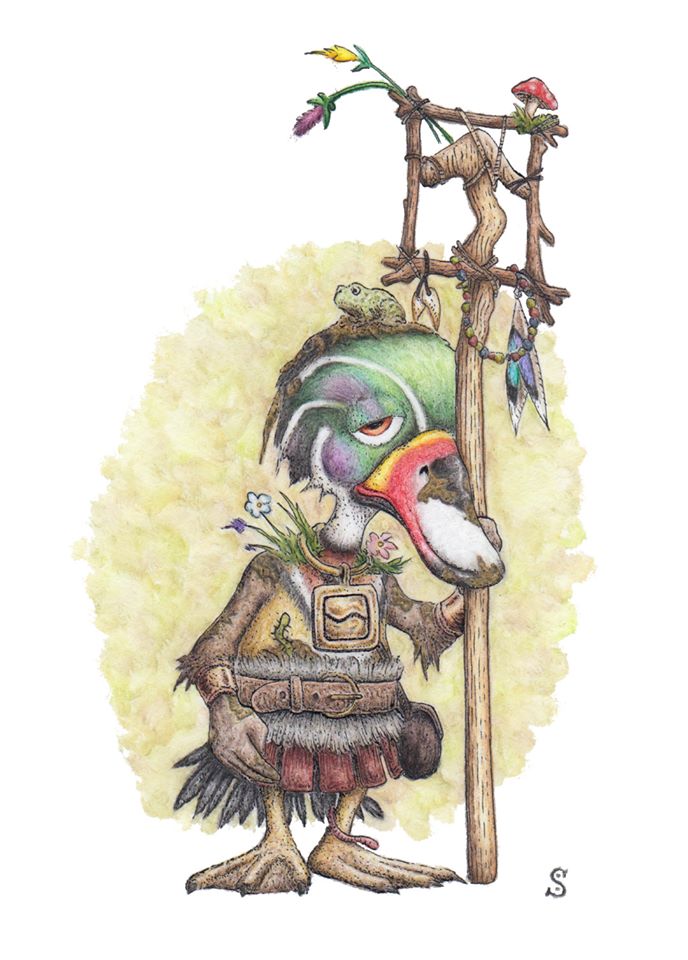 
I am currently writing Secrets of Dorastor, which is an expanded writeup of elements of my Dorastor Campaign from years ago, but updated with extra things added. It will contain new locations, new powerful NPCs, new spells and a lot of scenario hooks. I have some high-level scenarios, but might take them out as they are probably too high-level for a Jonstown Compendium supplement.

Here's where I am at with Secrets of Dorastor:

Table of Contents, as it is at the moment, without artwork and layout:


I’ve just uploaded my new short RuneQuest scenario to the Jonstown Compendium. It's called The Duel at Dangerford. The scenario itself is 24 pages long, and features half the Provincial Army of Lunar Tarsh: Drama! Excitement! Betrayal! Foul Lunar Sorcery!
And since only gamemasters and confirmed non-combatants are ever likely to pick it up, I thought it’d be a good place to share some colourful ideas I came up with for The Smoking Ruin and The Dragon of Thunder Hills as appendices. (Warning: here be SPOILERS for both scenarios) 
"The Rough Guide to Glamour" is *literally* 99% done: the last missing piece is a full-page illustration by Antonia Doncheva (and her sketches for it are utterly fantastic), so until that comes in I'm kinda spinning my wheels.

The scenario is one I've run for both my RQ groups, so a lot of it was written up already (the poetry was at the heart of it). I just had to flesh out the details, add RQ stats for the enemies, and drop in some footnotes etc. to make my thought processes more comprehensible.

The appendices were also already in near-final form (they're based on feedback I shared with Chaosium via chats and emails a while back), so I just did a quick pass to make sure I wasn't over-sharing and hadn't derailed any trains of thought.