Vance, Slum Rat 3: I was a dock daughter, fishing for rich men’s trash; too ambitious to stay.
Assassin 4: My sharp eyes won me a patron, who taught me her ways.
Scholar 3: My skill won me another, who taught me his reasons.
Patient 3: A good plan requires care and diligence to see it through. I’m more careful than most.
Member of a Secret Society 4: Now and then I take a contract to kill knowledge, and not just its bearer. Zillah and I frequently work together for a mutual client.

Trappings: Soldier’s greatcloak, lock-picks, a charming smile.
Weapons: Stolen bastard sword of Deimos steel, forged with a foreign family’s crest.
Chiaro, Tailor’s Son 3: I grew up in the terrible shadow of the great Cydonian tombs.
Soldier 3: I fancied that so much majesty would make me brave and strong.
Thief 3: But not even a lord’s soldiers can make him pay his due.
Entertainer 3: His city will love your picture of glory, though; and stories are safer than battles.
Sharp Eyes 3: Spot the arrow with your number, or pick a mark; but you best keep an eye out.
Grudge Against Vancian Nobility 4: I turned to the street because one of them thought he was too good to pay me.

Vance, Noble House of Ipato 3: I was born into a house of merchant lords, fat with water.
Noble 3: And so I might have remained; a lawyer with a proper wife and a legion of children.
Cavalier 4: Until I heard the call of the desert, and never stopped walking.
Perfect Direction 3: All cavaliers can navigate the shift- ing sands; I have never lost my way.
Broken Home 4: The sand has ground away my feel- ings for a life abandoned, but I cannot say the same for the family I left behind.
Note: Sisera’s Cavalier Trait enables him to navigate flaw- lessly and ride any beast. It also lets him “ride” other unlikely things, like falling chunks of masonry or kites and airships.

Trappings: Charts of the heavens, maps of the Prince’s court, a list of names.
Weapons: A cold and uncanny look, hard-edged as any knife.
Vance, Merchant Class 3: I am the fifth daughter of a fecund but unremarkable accountant.

Adept 4: And I’ve had the gift as long as I can remember.
Astrologer 3: It wasn’t long before I began using it to track the heavens.
Numerology 4: I know the best days, now. For starting a journey, for meeting a lover, for ending a life. Each day is full of little threads, and I know just where to cut each one.
Unreliable 3: So much time spent looking inward has left me less attentive than others. Without a guiding hand, I’m apt to get distracted.

Note: Zillah’s Adept Trait allows her to read the surface thoughts from other people’s minds, determine people’s general attitude and honesty, and telekinetically move up to her own body weight. Her Astrology and Numerology Traits can be rolled as part of Chance Rolls, with the added bonus that if she wins, any successes on the roll can be applied as bonus dice to attempts to use the information she gained.

Trappings: Greases and tinctures, a lifetime’s worth of beatings, forged papers
Weapons: A heavy wrench and powder of sleep.

Vance, Indentured Servant 3: I grew up in the Magister’s house, for all the good it did me.
Servant 3: There, I learned that I would be free when I paid for the clothes on my back.
Fixer 3: I learned how to dodge, and how to put a house back together after a night of drinking.
Physician 3: And how to put people back together too.
Secret Murder 4: But I was just a kid, who was I to stop it? Ipazia had been good to me, though, and saw no harm teaching a little girl to mix herbs. I couldn’t save her, but I made sure it couldn’t happen to another young wife.
On the Run 3: Vance is a big city, and I left the clothes. But I can’t hide forever. 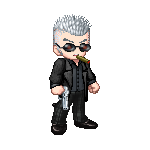