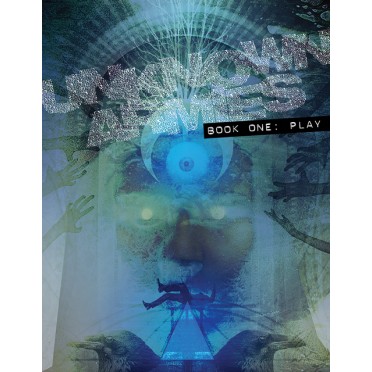 It is the Year 450 by Neo-Babylonian Reckoning. The city of Neo-Babylon is a mega-urban monstrosity: a towering city serving as the world’s exemplar of arcane, technological, and consumerist materialism.
Beneath Neo-Babylon, a vast Undercity hides the unwanted and undesirable. Unstable magic, outdated tech, and the constant stream of garbage from the overcity have become invaluable commodities.

The Undercity is lawless. When Neo-Babylon collectively refused to offer food, security, or a sense of community in sufficient quantities...that’s when the Gangs stepped in.

Gangs of the Undercity is a cyberpunk/fantasy skirmish game set in the Undercity of Neo-Babylon. It is a 28mm miniatures game simulating gang warfare in a near-future fantasy world.
In this Free Edition, you’ll find everything you need to play the game. Download it, share it with your pals, and give it to anyone who wants it! The game mechanics should feel familiar and easy, with unique twists. This version of the book includes:
For all of you die-hard gangers who want the full version of Gangs of the Undercity, which you can grab here, there is even more fun to be had. The full version gives you all of the above, plus:
When the gangs go to war, no one is safe. Pick a side, hit the street, and fight. Your gang’s reputation, influence, and future depend on you!

"Role-playing isn’t storytelling. If the dungeon master is directing it, it’s not a game." Gary Gygax
Haut