It is with a heavy heart that we must announce the cancellation of Gen Con 2020. The safety of our attendees, exhibitors, and staff are of the utmost importance to us and we cannot in good conscience host a large gathering while doing so could threaten the health of so many. Information about our decision to cancel, along with badge and hotel information can be found on the website: https://gencon.com/press/updates-gen-con-covid19. An email with detailed instructions has been sent to 2020 badge holders.

This has been a rough start to 2020 for sure, but we're looking forward to seeing your wonderful faces in 2021. In the meantime, we hope you'll join us for http://gencon.online, a virtual convention experience celebrating what brings us together - our shared love of tabletop gaming and geek culture. Stay safe and game on, friends!

In 2004, the first edition of a|state was released by Contested Ground Studios, with writing by Malcolm Craig and art by Paul Bourne. It was widely praised for its setting and presentation and was a very ambitious game for a young Scottish studio. It became a cult hit, with players all over the world.

a|state invited players to The City – a sprawling, apparently endless, futuristic dystopia, where the repressive rich enjoy lives filled with technology and comfort, and the poor… do not. The game’s action centres around trying to eke out an existence in this bleak vision of an alternate world.

With influences from JG Ballard, Upton Sinclair, the films of Jean-Pierre Jeunet and the movie Dark City, a|state presented a uniquely fascinating world to explore through play.

Never entirely satisfied with the original game system, Malcolm moved on to create other games like Cold City and Hot War, which had rules truer to his design intentions. Pursuing an academic career, Malcolm decided to retire from the pressures of the RPG industry.

a|state slipped from view, but never from memory.
Fast forward to 2019 and a chance encounter at Tabletop Scotland. A discussion about using Forged in the Dark rules for a new edition of a|state made it a tantalising possibility. Could it be done?

It turns out that it could! 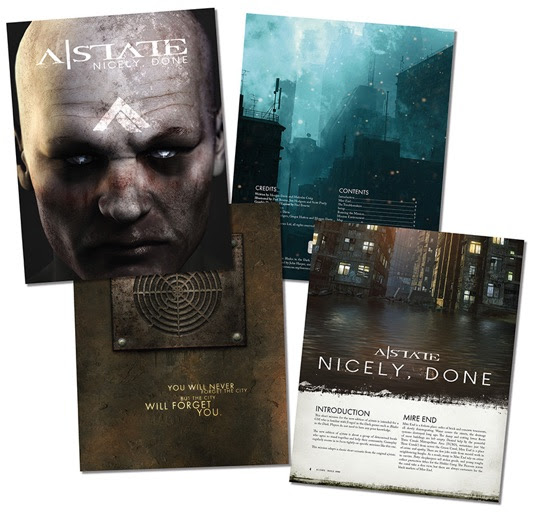 With Paul Bourne already working for Handiwork Games, and Malcolm prepared to lend a hand on this new edition, we’re delighted to also be joined by Gregor Hutton and Morgan Davie, both of whom have a long association with a|state, and many impressive gaming credits under their own belts.

You may know Gregor from the smash hits 3:16 Carnage Amongst the Stars or Best Friends. Morgan has also written some truly amazing games, which you can find at http://taleturn.com 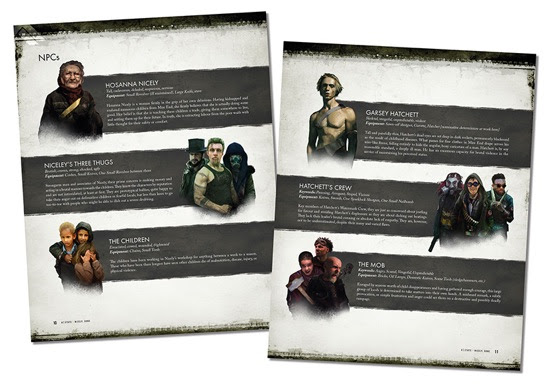 Welcome Back to The City
In the Second Edition of a|state you and your friends will define a corner of The City, and set about defending it and making it a better place to live. We’ve fine-tuned the Forged in the Dark rules to fit the themes and tone of a|state and The City. 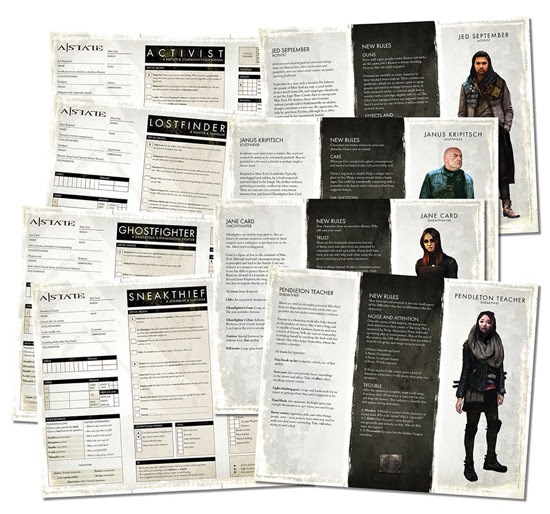 And with a complete scenario laid out and illustrated, we’re now ready to start recruiting playtesters! We’re looking for some groups who are familiar with Forged in the Dark games, willing to give our play test scenario, Nicely, Done a go.If you’d like to try it, please email us at jon@handiwork.games with the subject line “Playtesting a|state”. We've been bowled over by the response and have limited slots left for playtest groups.

With influences from JG Ballard, Upton Sinclair, the films of Jean-Pierre Jeunet

With influences from JG Ballard, Upton Sinclair, the films of Jean-Pierre Jeunet