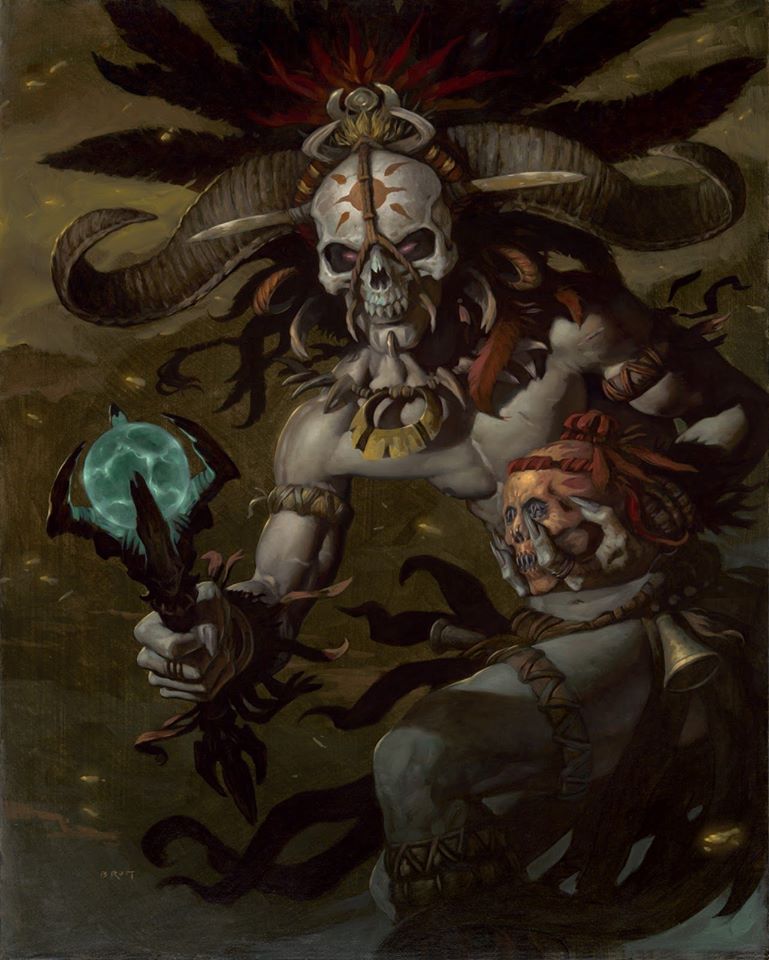 As many of you know, Moon Design Publications owns the RuneQuest IP and licensed it to The Design Mechanism, who produced an edition of RuneQuest in 2011. For many, this is your favorite edition of the rules. However, as many of you also know, The Design Mechanism's RuneQuest license expires in July this year. For pretty straight-forward business reasons, we chose not to renew it and decided to bring RuneQuest back "in house" and produce a new edition, set firmly in Glorantha.

From the start, Loz and Pete (of TDM) headed up and were the chief writers on the new RQ project. Along the way we ended up having incompatible creative visions. Naturally enough, TDM wanted the new RQ to be based on RQ6 with as few revisions as possible. The reasons included being directly compatible with their existing RQ6 products. However, as the project unfolded we came to the decision we needed the new RQ rules to have RQ2 as their basis and thus be compatible with the rereleased RQ2 product line.

Part of the challenge was distilling down an already 450 page rule book and what was estimated to be 300+ pages of supplementary Gloranthan material into a single book of reasonable size, format, and usability.

Early on, we concluded that special effects had to go from RuneQuest. Although the special effects result in "cinematic" combat, they ran counter to some key design goals for the new edition (already discussed). But once you remove those special effects, you need to reinsert certain results such as impale, etc. Which has you moving back towards RQ2/3. There were other modeling components I wasn't satisfied with, and pretty quickly it became clear that this had become a RQ2/6 hybrid. For RQ6 fans, it would be radical and unpleasant change. For RQ2/3 fans, it would be a radical and unpleasant change.The chimera wasn't going to work.

That's when the 90/10 rule (see designer notes part two) kicks in. We had already decided that the new RQ would integrate Runes directly into the character and that they would drive both Rune magic and personality traits. And that passions would be built up to a Pendragon level of importance, to tie in with the magical and social ecology of the setting. That was going to be the bulk of our 10%. So we had to choose one or the other to be our comfortable and familiar baseline.

The RuneQuest Classic Kickstarter resolved the question. RQ Classic was a smashing success, and soon we will have relaunched the entire Glorantha RQ2 line. That meant the new rules had to be backwards compatible to RQ2. And so RQ2 became the bedrock.

Additionally, this makes creating new Glorantha RQ scenarios and products easier, as we have a bigger base of material and a larger pool of writers we can work with. RQ2 is hardwired into the forty years of design notes, unpublished rules and campaign material that Greg has given us and that will make up a big part of the new version. Sandy Petersen and others also have a tremendous amount of unpublished RQ2 material which now became more easily available.

Also, it became much easier for us to dive deeply into the rules mechanics. For virtually everyone on the design team, RuneQuest 2 was our formative game system. I still intimately "get" how RQ2 models Glorantha, remember how to determine strike rank by the charts, and think of ENC in terms of "things". The focus of the Guide (and other Gloranthan products) on population, cult membership, etc, strongly reflect that.

Are Loz and Pete disappointed that we had a different creative vision than they did? Probably - it would be strange if they were not. But are we all still friends? Certainly. This is just what sometimes happens in business. People - who are friends - work with each other, and have passionate differences in opinions about how to do a project. If those disagreements are substantial enough, they leave the project. Pete and Loz are professionals. Rather than beat their heads about the direction that Chaosium wanted to go, they asked to be let go. And we wish them the greatest of success with the (non-Gloranthan) direction TDM is now taking (note: ce qui est devenu Mythras).


The Chaosium/Moon Design Publications team (Rick, Neil, MOB and myself (Jeff)) come out of playing and writing for RQ 1/2/3. And we've brought on to our RQG development team people who were involved in the actual design of those RQ1/2/3 rules themselves: Steve Perrin, Sandy and Greg, and RQ3's "rune czar" Ken Rolston.

Over the years each of these eminent designers has done tons of work trying out improvements and refinements (and correcting what they consider to be mistakes in those rules). Much of RQG's design actually derives from work Greg did in the 80s and 90s trying make RQ2 a better fit with Glorantha. A little of that work appeared in what became RQ3, but a LOT of it ended up in Greg's King Arthur Pendragon (KAP).

We've also been fortunate to be able to draw on folk like Sven Lugar who were involved in those original books, to help answer why certain rules were developed the way they were.

Other additions to the team are Jason Durall, who of course was the author of the Basic Roleplaying 'Big Gold Book' and has a familiarity with the strengths and weaknesses of the full range of BRP variants, and Chris Klug, who took Sandy's shamanism rules and ran with them, informed by his background as a designer (James Bond 007, DragonQuest 2nd Ed).

So, we like to think we've brought together a top-notch design team for RQG. As everyone on the team saw it, the key features of RuneQuest are:

A combat system that is dangerous and largely "intuitive". As a player, you should not need to know how the rules crunch together to be able to say stuff like, "I block Grognar's axe with my shield" or "I try to take cover from their missiles and cast a spell" or "I charge at the broo with my lance while I am on bisonback."

An ability system that puts everything important that a player might use to resolve a problem with on the character sheet. Characteristics, abilities, magic etc. You look at your character sheet and you know what you can do.

We widely agreed that RQ2 was mostly "not broken" - its main weak points were:

. how Rune Magic was obtained (one use pre-chosen spells acted as a disincentive towards it use and meant that nifty color spells were rarely used)

. the disconnect between Initiate and Rune Master

It also thoroughly lacked guidance for handling heroquests and heroes.

The passions and traits of KAP were actually originally developed for RQ2, as part of a project Greg was working on called 'The Dragon Pass Campaign'. This was never published, but became one of the secret foundational documents for KAP, the Epic system (another attempt to write RPG rules for Glorantha), and the King of Dragon Pass computer game. It has also greatly influenced HeroQuest Glorantha. For RQG, the gestalt moment for us was realising that Runes easily double for traits and are actual more manageable than the KAP traits.

Additionally, we built the RQG rules with one setting and one setting only in mind - Glorantha. That means any pretense of having a "generic magic system" could be thrown away. That also meant we could use Gloranthan Runes rather than generically applicable traits. We don't pretend that worship of Odin functions mechanically anything like a Gloranthan cult, or that the RQ combat system needs to accommodate widespread use of modern or futurist firearms.

In short RQG is intended to be the best iteration of the original designers' vision of RuneQuest, updated and improved, and back in its original setting. Everyone on the team is very proud of the result. It is a very different rules system from MRQ1/2/Mythras, which had a different set of design goals and an entirely different design team. While the RQ6/Mythras generic rule set does what it does very well, and shares some DNA, we found it wasn't the fit we wanted for Roleplaying in Glorantha.


This time, "The River of Cradles" campaign brings you something different.
In chapter two, "Points of Departure," we bring you Vingan and Orlanthi initiation rituals, the ordeal undergone to enter a Kolating Spirit Society...and an Orlanthi wedding!
https://andrewloganmontgomery.blogspot. ... oints.html


There's some unpublished stuff that may or may not be relevant now:
In Fronela a Chaotic Miasma, one of the Tentacles of Urcheth appears and is spread or supported by Selkorze, Lord Death Riding (AKA lord Death a Horse).


The Miasma expands, vile magics drive the Loskalmites to desperate measures. At last the forces confront, and though the Army of War is destroyed, Edzene shows to Meritan how he and his army have become what they hated in destroying the KoW.


The Loskalmi are now built up on a war footing and now become the aggressors.

Urcheth ﻿is a new Chaos god that appears early in the Hero Wars. Its many organs are new chaos outbursts and manifestations across Genertela.


The Hero Wars is very empty and ready to be filled with new writing. Greg mapped out some concepts. New ideas were to fill the void - throw out your old ideas. The Hero Wars is not about recycling old stuff and reusing it. Glorantha is big enough for completely new stuff that Greg didn't even know about.